The Helderberg MPA is situated on the north eastern side of False Bay in the Western Cape and falls within the jurisdiction of the City of Cape Town. It falls within the warm temperate Agulhas bio region and is a productive biologically-diverse area. Sandy beaches with mobile dune systems dominate the coastline in the area, while offshore habitats comprise rocky reefs, kelp beds, sandy soft sediments and pelagic environments. The health of the ecosystems in the Helderberg MPA varies greatly, with those in the poorest state being associated with estuaries where water extraction, pollution and encroachment by development are extensive.

The shore of the Helderberg MPA comprises of 4Km of sandy beach as well as some low lying sandstone reefs lying in the MPA extending 500 meters out to sea. The beach within the MPA is the least disturbed part of the Northern shores of False Bay and harbours the last relic population of the giant isopod Tylos Granulatus south of Ysterfontein. 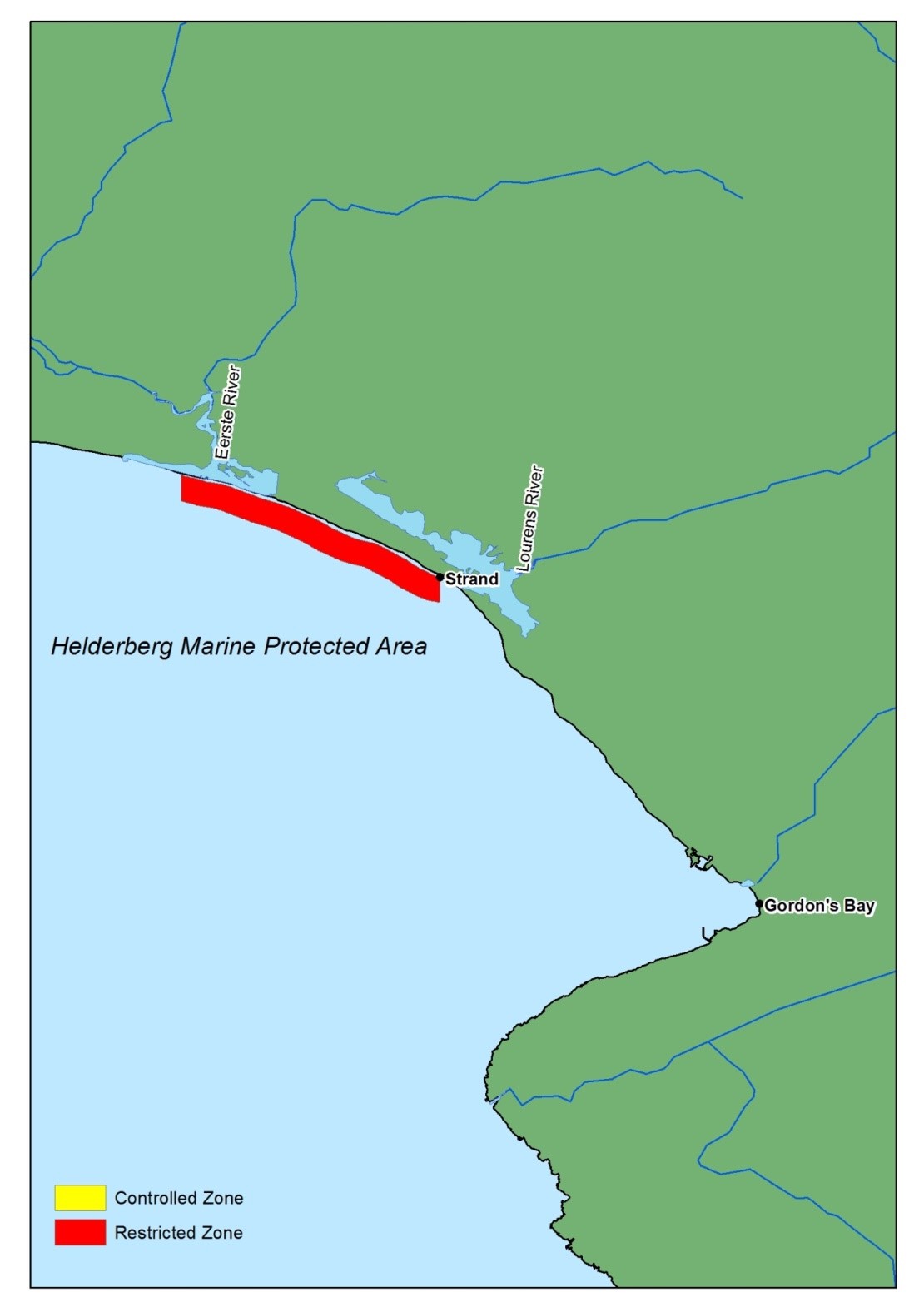